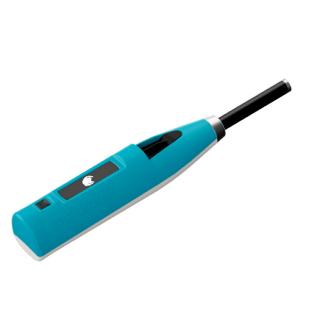 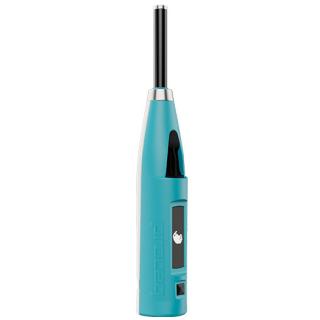 RockSchmidt is the most advanced rebound hammer used for measuring hardness, strength, and uniformity testing of rock formations for the evaluation of geological properties.

The RockSchmidt hammer finds application, especially in rock testing applications and penetration rate prediction for tunnel boring machines and rotary drum cutters.
Additional geological applications include study of the Correlation to unconfined compressive strength of rock / Estimation of weathering grade / Estimation of modulus of elasticity of rock.
The ISRM & ASTM D 5873, both guidelines have been applied in RockSchmidt hammer for the procedure to determine the rebound number.
The ASTM D 5873 method requires 10 impacts from which a mean is calculated. Individual impacts that differ by more than ±7 from the calculated mean are discarded and a new mean is calculated from the remaining values.
Whereas, in ISRM method 20 readings are required with no deletion of outliers. A series may be terminated prematurely if any 10 subsequent readings differ by ±2. On completion of 20 readings the Rock Schmidt calculates the mean and the range.
When performing rebound hammer test on rock or core samples, both ASTM and ISRM methods recommend the use of a heavy specimen holder to prevent damage to the cores on impact.
The Proceq Rebound Hammer has impact angle independence feature; thus, rebound value is independent of impact direction.
The Rock Schmidt Type N has the standardized impact energy of 2.207 Nm. It is ideally suited for field testing.
The Rock Schmidt Type L with impact energy 0.735 Nm is more suited to testing on cores.
Rebound rockschmidt hammers have historically been used for many rock testing applications. Such as:
• Geomorphological applications which investigate the bulk hardness properties of a rock
outcrop.
• Prediction of weathering grades
• Correlation to Unconfined (or Uniaxial) Compressive Strength (UCS)
• Correlation to Young’s Modulus
• Prediction of penetration rates for tunnel boring machines and rotary drum cutters.
• Testing on cores and blocks