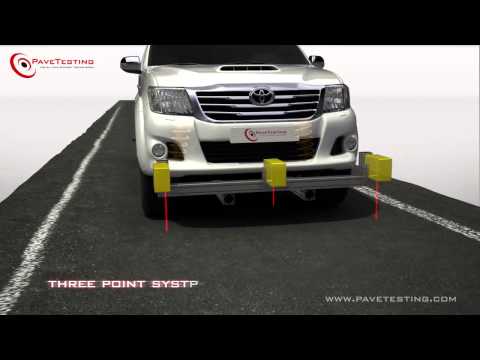 The system is capable of Measuring:

PaveProf Laser Profilometer is used during the construction phases to ensure standard quality levels are met and is also used to determine maintenance levels for repair and remedial action on existing roads. This results in significantly improved highway conditions and ultimately reducing accidents due to poor surface conditions.

These values can be then used to calculate ride comfort, surface friction and surface noise generation.

The PaveProf is modular allowing systems as small as:

To a maximum of 40 lasers

The system can be configure as a mix of SR and LR lasers to cover the full road width. The system can also incorporate cameras to allow acquire visual data on the go. The operator can see both data and video acquired alongside on the PaveProf software on the laptop inside the vehicle in real time.

In addition, the system is upgradeable to include an LRMS system for crack width measurements.